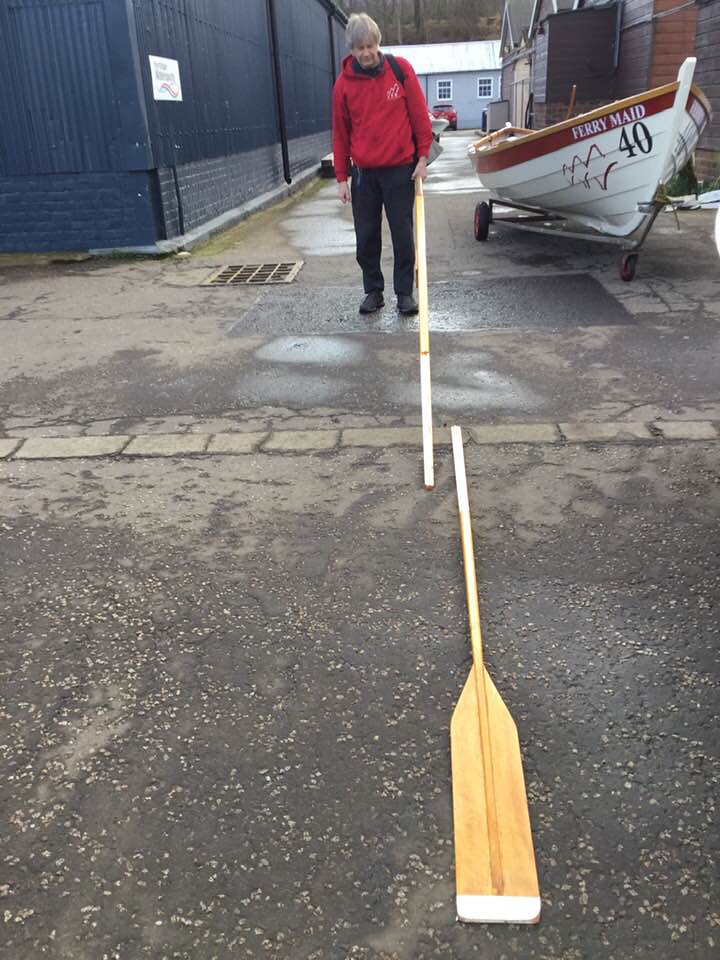 An oar broke during the men’s 60+ training session today. There’s a spare, so the chaps were able to carry on after a return to base. The women’s 60+ crew were also out on the water, and may have found a second spare…. 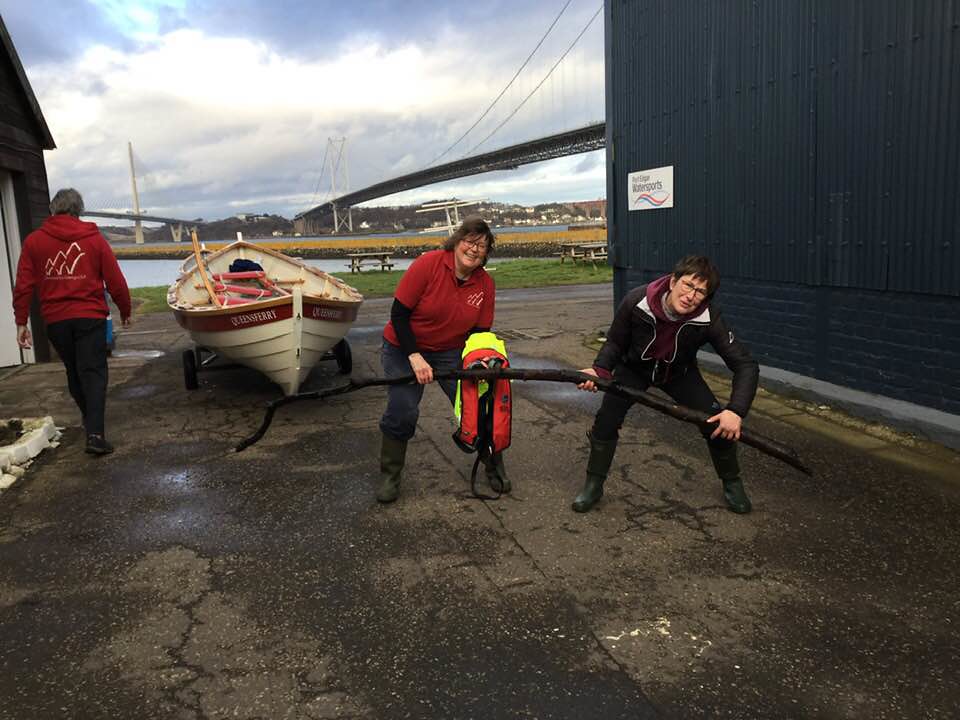 Not quite 45ft long like the last tree found in the Firth, so Maria reached out and grabbed it and brought it aboard. It was floating in the harbour, quite a hazard.