Skip to content
Rachel reports: What a good day we had at Newhaven/Granton today. We went with one crew of six – a cox, four rowers and one runner: Louise, Rachel, Jenny, Gabe, Lois and Murray. The runner was our ‘baton’ in the rowing, running and sailing challenge. 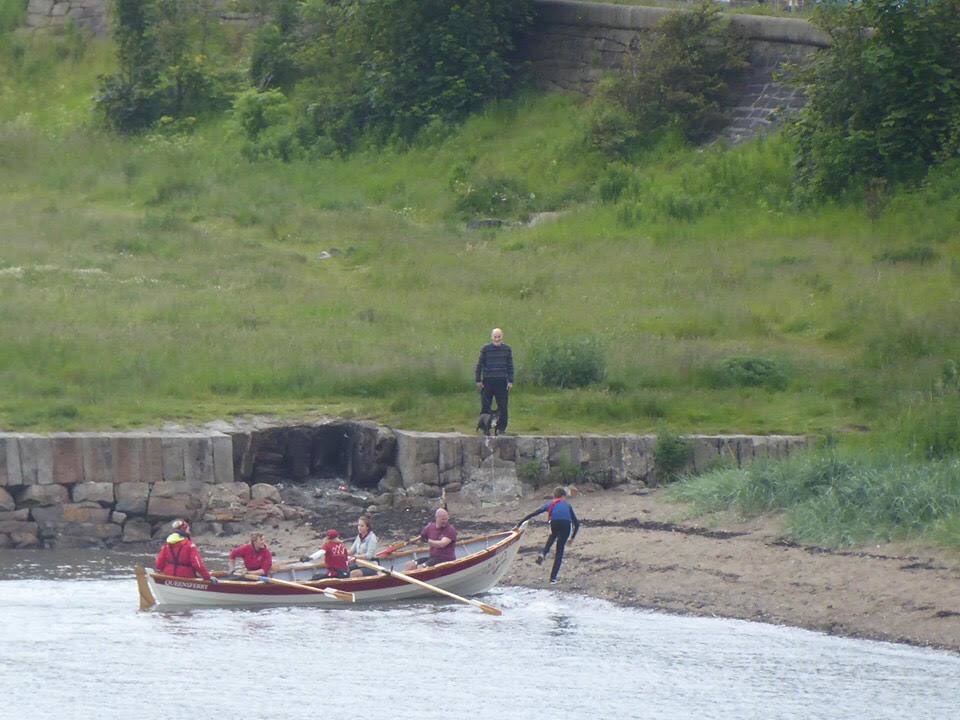 We had three races throughout the day, all very challenging, and each was an estimated distance of about 2.5 to 3k! Each race had a different course, all time-challenged.
Our team age range was 70-14 ,spanning five decades! Isn’t that a good example of Scottish Coastal Rowing. We at Queensferry only had the one team, where other clubs had crew changes ,so we did really well. Great stamina. The other clubs competing were Eastern, St Ayles (Anstruther), Newhaven and Kinghorn. 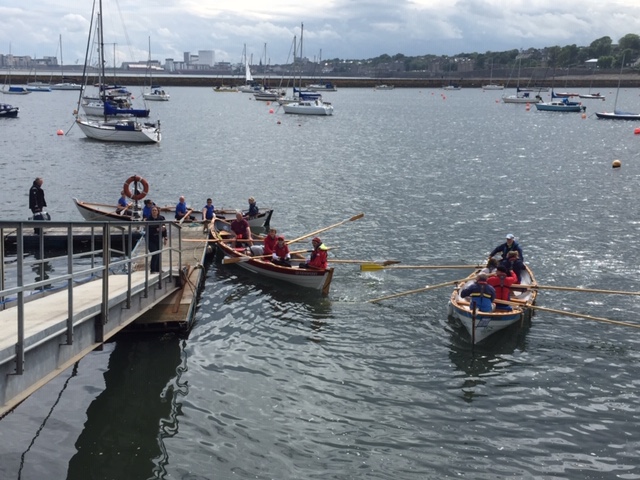 Murray, 16, was our runner – well done to him, running against these other clubs’ adults, he was brilliant. Lois, 14, was one of our rowers, and a great strong rower she is too, competing against adults. Well done. We are lucky to have her . Roll on our Youth Regatta on 7 September!
This was a great training exercise in the lead-up to the Skiffie Worlds. Lots of rowing techniques were needed in each race. Coxing was no mean feat – skills, focus and instant decisions were needed, all good training. We continually learn as race coxes. Cheers to Louise today for her skills! 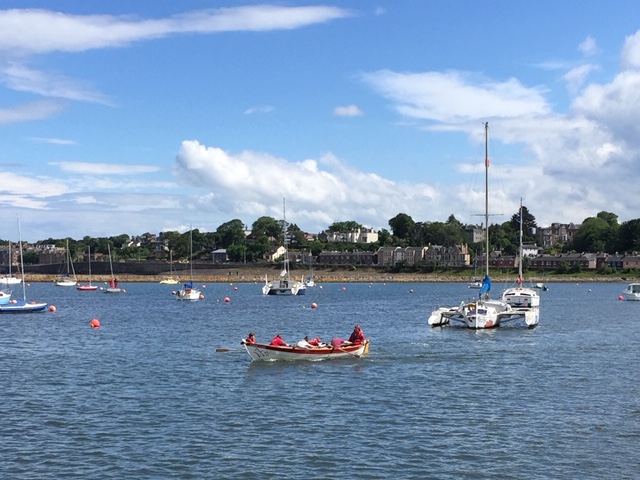 Newhaven enjoy giving us a fun/challenging race day. Very successful!
St Ayles were the end-of-day winners, with Eastern  second. Newhaven were third,with Queensferry close behind and Kinghorn in fifth place.  Thanks to Stephanie and Marianne who came later to support us!