On 20 June 2020, Mike McD writes: The day finally arrived and, as promised, so did Alec Jordan and the Anstruther crew with Chris o’ Kanaird. Thankfully, unlike some years, the weather for Queensferry’s RNLI Open Day, 20th June 2010, was kind to us. 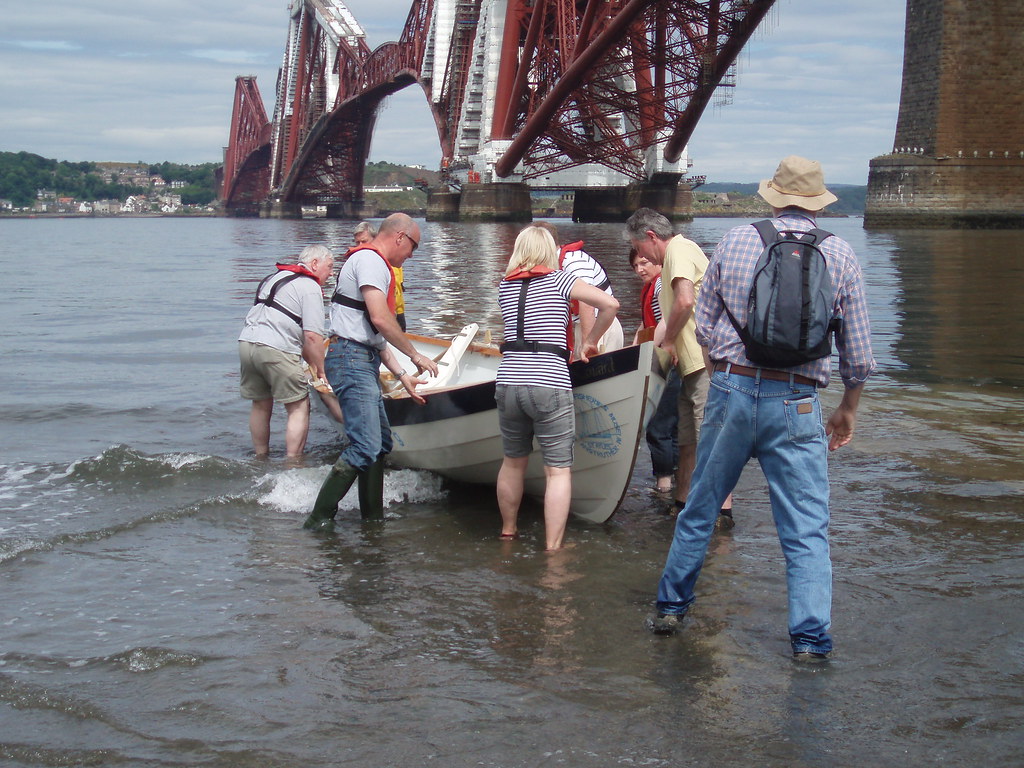 Here was, for most of us, our first opportunity to see a St Ayles skiff in real life. Pictures speak louder than words so, the three photos on this post are a sample from a larger collection from the day, which are now on the club Flickr. Suffice to say, duly admired, examined – kabes, oars, footrests, etc,. photographed and launched there were several test rows – Peter, Mel and Stuart M and perhaps others I can’t remember. 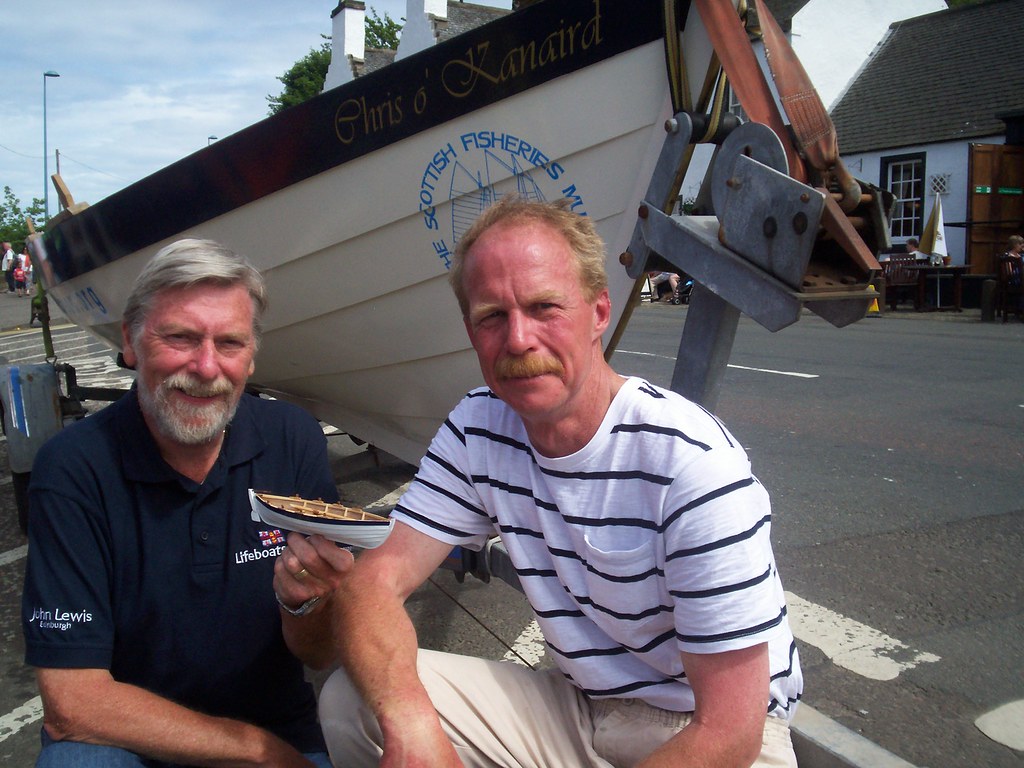 As part of the Open Day events I ‘fell out over the bow’ with orange smoke signal, and had to be rescued by the lifeboat! 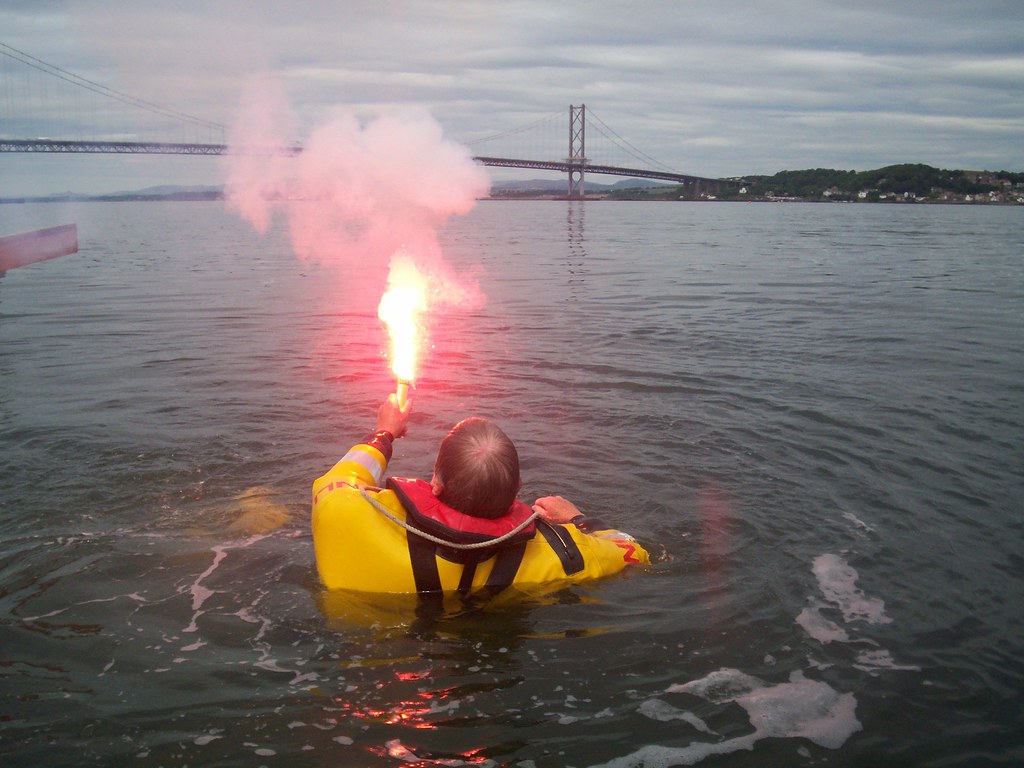 Both we and Anstruther had display boards up (see the photo collection) to describe the project as well as our researched history of Rowing at Queensferry. 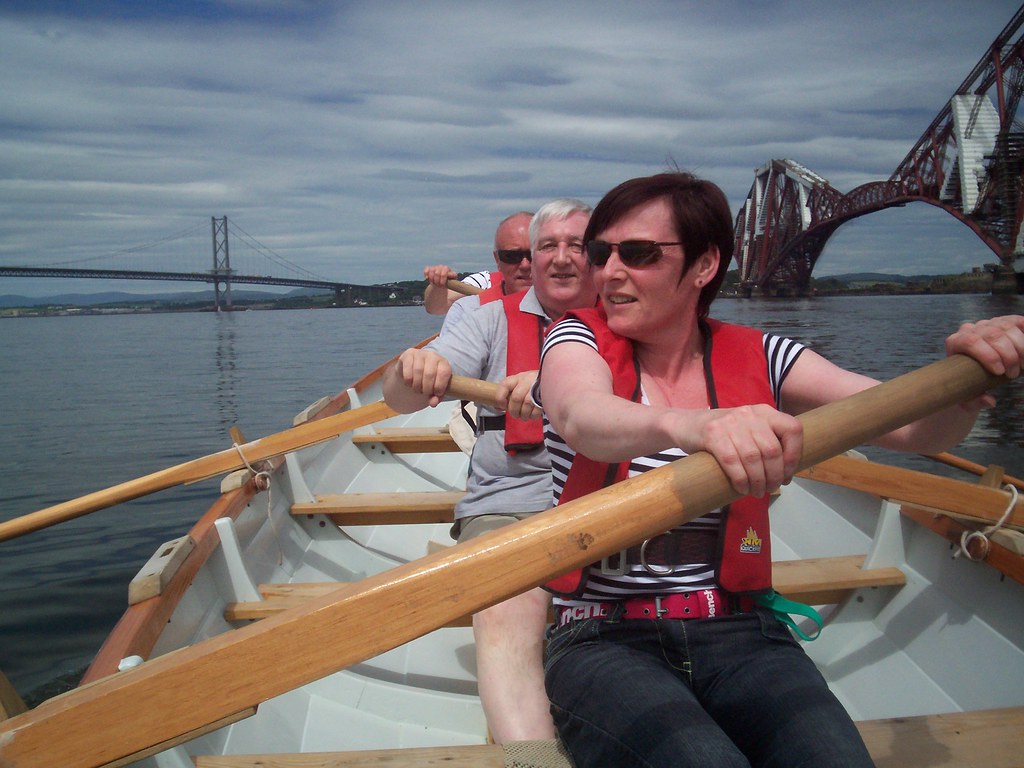