Dónal reports: On day one of racing at Skiffie Worlds 2019 it was the chance for the Men’s and Women’s crews to put all their hard work into action. 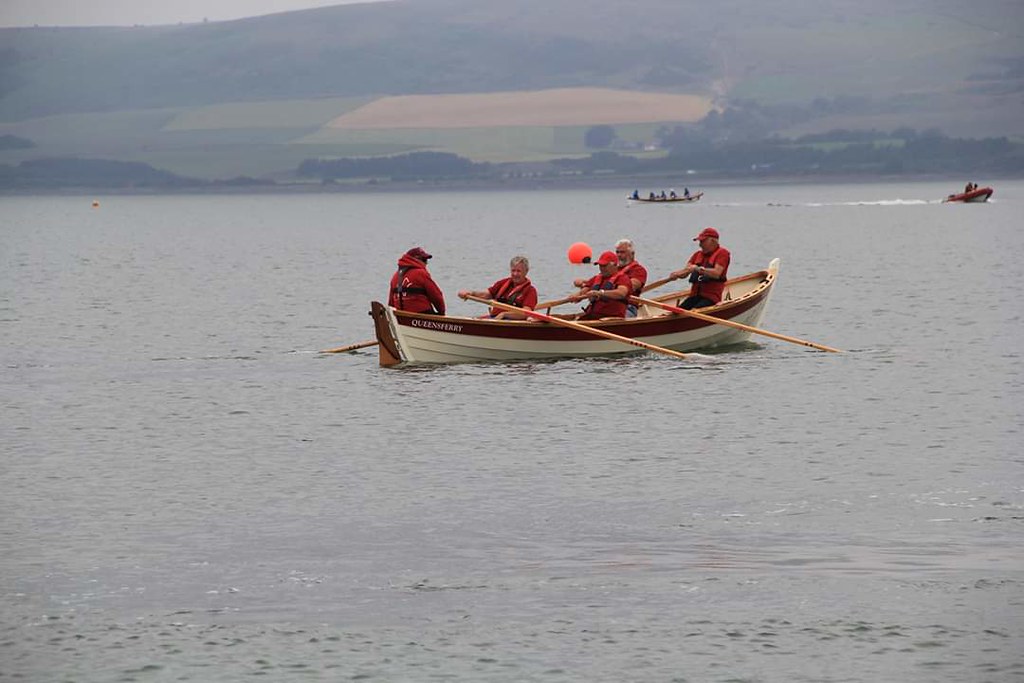 The racing started early, with the Women’s 60+ heading out at 1040 with a crew of Maria, Cherry, Mel and Louise. They started in lane one with Anne Flannery in the coxes’ seat.  Going around the buoy Cherry did incredibly well as her oar came off the pin and she managed to get the oar back in place as they turned. They raced hard against Dundrum and came in second to book their place in the Final.

The Men’s 60+ were up next and they were determined to equal the Women’s crew.  The crew was made up of Alan Sutherland, Alan Duch, Keith and Alistair with Mike Breewood as Cox. They were focused on the boat and didn’t pay much attention to what was going on around them. They had an excellent turn and raced towards home alongside Sketrick from Northern Ireland. They came second as well and booked themselves into the Final.

When it came to the Finals both boats acquitted themselves very well. The Ladies went very well and were pushing for the top five coming towards the line.  They had to settle for 6th in a time of 12:22. Eastern were the winners with Dundrum and North Berwick in second and third.

The Men went out to try and bring back a medal, however they found it to be the hardest race they have raced and also came in 6th, with Sketrick, Dundrum and Crail taking the medals. They finished with a time of 11:30 a very impressive time faster than four of the Men’s U40 teams.

The only other crew that was racing today was the Women’s U40 with a crew of Beth, Elana, Lois and Jennifer with Dónal as Cox. They started well but it was a strong field. There was drama at the buoy as Glasgow drifted across and turned at Queensferry’s Buoy forcing them to use the outside buoy.  The race back to the line produced a race within a race as Queensferry tried to overhaul Eskmuthe. A great effort from the ladies helped them overturn the deficit and beat Eskmuthe on the line. They finished 10th of 11 in a time of 11:24. Special mention must go to Lois Thomson as she did fantastically well at the age of just 14. 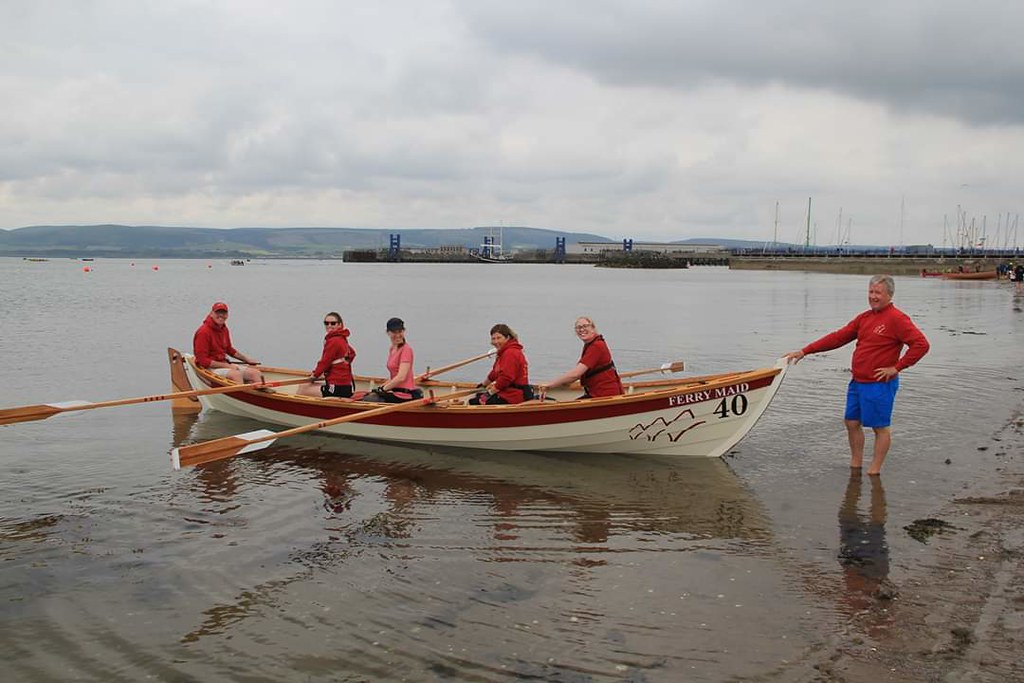 There was a special visitor to the Worlds today. HRH Princess Anne arrived around 12 Noon and started the Women’s 60+ Final. She then went along the promenade meeting the various clubs at their gazebos. When she arrived at our gazebo she fell into conversation with Georgina Bark who was showing her the drawings she had done. Cameron Bark gifted HRH with two Bridge T-Shirts. On speaking with Tracey she showed a deep knowledge of the tides at Port Edgar. 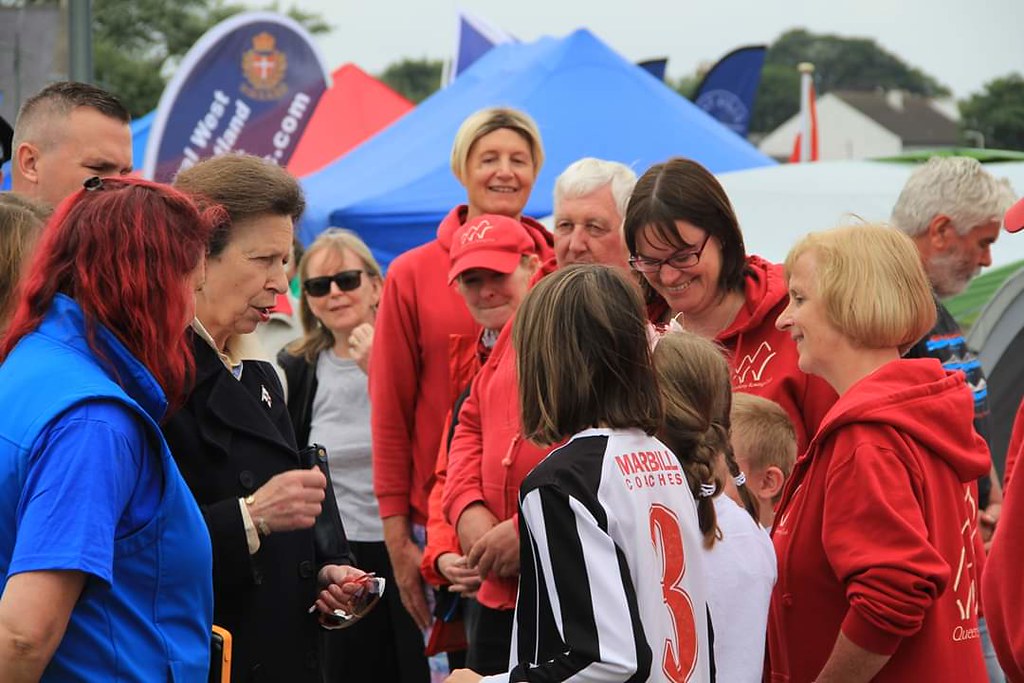