Rachel H reports: At the beginning of January 2019 we started our aim to obtain the SCRA Green Flag for Queensferry Rowing Club. We had an interested group who shared ideas on the way forward. We had three areas to work on: the marina, beaches and the breakwater.

I met with Port Edgar managing director Russell Aitken, who is our landlord, to ask about the Marina Environmental Programme and how we, as the rowing club, could fit into this. Russell said he was delighted we were taking a lead on recycling and was willing to assist where necessary. I asked for the possibility of some specific recycling bins close to the picnic area. These were agreed to and were in position within a few weeks. We also introduced a ‘mixed recycling’ bin in our shed. 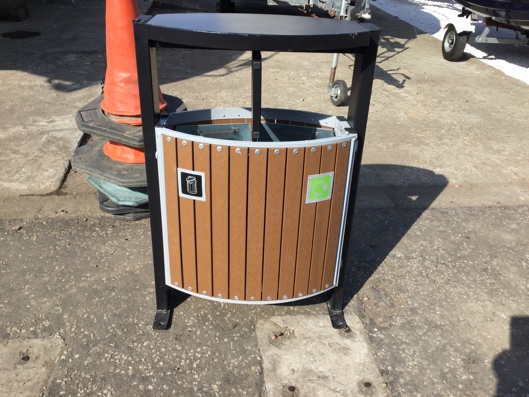 As a group our initiative became ‘Take Five for the Forth’, suggested by one of our members, Marianne, after being inspired by the existing group ‘Take Three for the Sea’.

At Queensferry we are lucky to have several beaches close to us, so we have many ‘picnic rows’. We added bags (recycled Castle to Crane bags ) to each boat as part of the boat set-up procedure. Inside we keep black bags and rubber gloves, and we do a quick collection of plastics and waste before our return row. This is all routine now, and on one birthday row to Port Laing on the north side, we removed cotton buds galore. 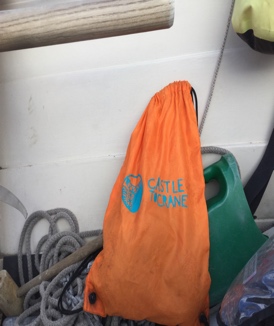 In general though, we find the beaches reasonably clean. We visited four beaches in January alone. April Fools Day, with a few dress-up rowers, we managed a good clean up. 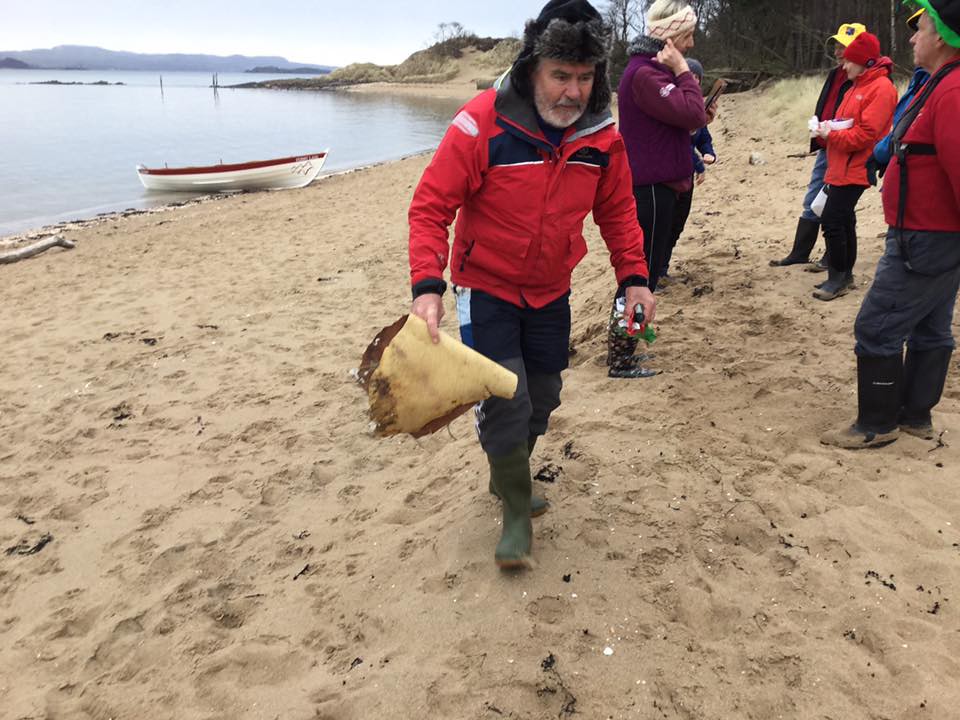 It was April before we got the weather to tackle the Breakwater, after the Winter winds had aborted a few attempts. Keith named it Breakwater Blitz! The result here was different. With just five members and in 30 minutes, we removed two bags filled with plastics, twine, polystyrene, straws, cotton buds, cordage and netting – and we had only managed a small area. We also focused on nurdles after one of our members Barbara, alerted us to the large amount accumulated in a corner of the marina harbour.

Barbara reports:  Nurdles are very small plastic pellets that serve as as raw material in the manufacture of plastic products. Inspired by the Green Initiative for the club, the nurdle hunt was aimed at gathering as many of these plastic menaces as possible. Billions of them are used each year to make nearly all our plastic products, but many end up washing up on our shores. They can contain toxins such as DDT and PCBs that harm the marine environment. Like other plastics they persist, grinding down ever smaller and becoming even harder to remove. Birds and wildlife ingest them, mistaking them for food.

The total gathered by club members,  calculated roughly by weight, was a staggering 66,000. I reported the find to www.nurdlehunt.org.uk/ and it was added to their data map. I also sent a sample to Professor Hideshige Takada, who is studying the chemical composition of nurdles for International Pellet Watch at the University of Agriculture in Tokyo. 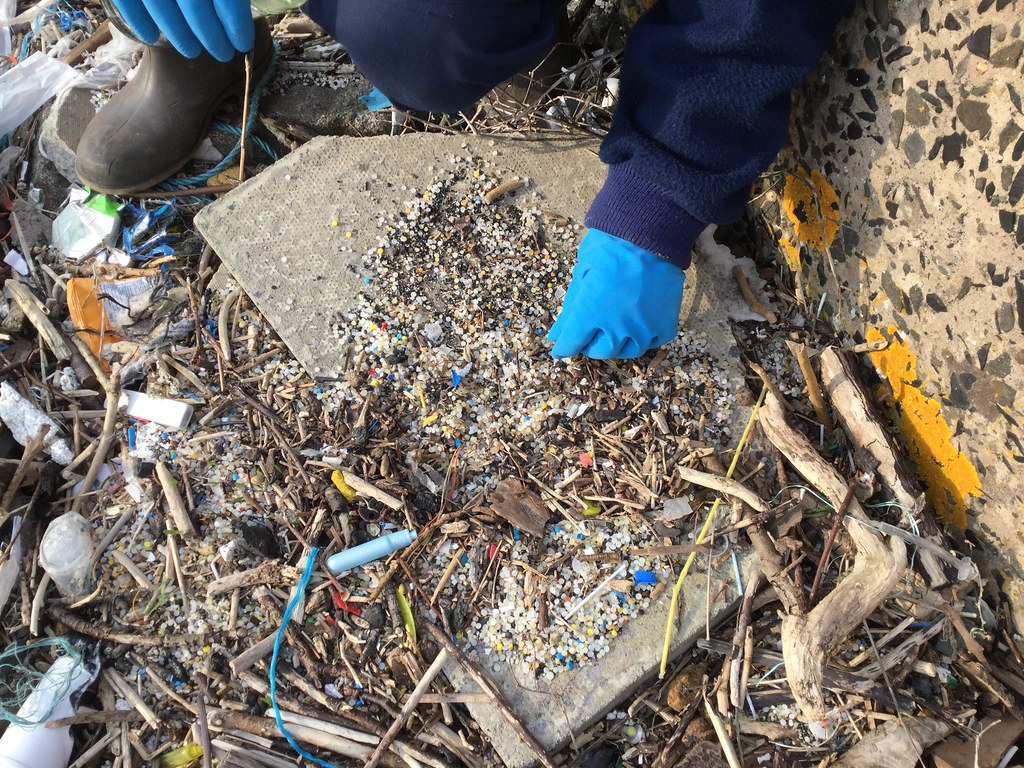 Nurdlehunt responded: “Thank you! Your nurdle findings really matter .The data you collected will allow us to build up a picture of nurdle pollution around our coasts. This evidence will help us show the local plastics industry their impact on our seas .The more findings we gather the stronger the case to end further nurdle pollution, so keep hunting!”

Professor Takada responded: “Thank you so much for sending the pellet sample from Scotland. It will take a few months before getting the analytical results.When the results come ,we will let you know. Thank you so much for your support on International Pellet Watch by providing the precious sample.”

This was a very satisfying result! Collecting theses nurdles has become quite addictive!!

Our 2nd Breakwater Blitz was in May – 12 members took part, and we were able to cover a longer stretch. We took 30 bags of similar damaging waste. In amongst all this waste, we discovered nesting eider ducks – look closely at the photo. They stayed put on their nests surrounded by plastics and twine as we considerately worked around them. There was a happy ending though – just a few weeks later as we launched our boat one morning, there were two happy families of eider ducks swimming around us. 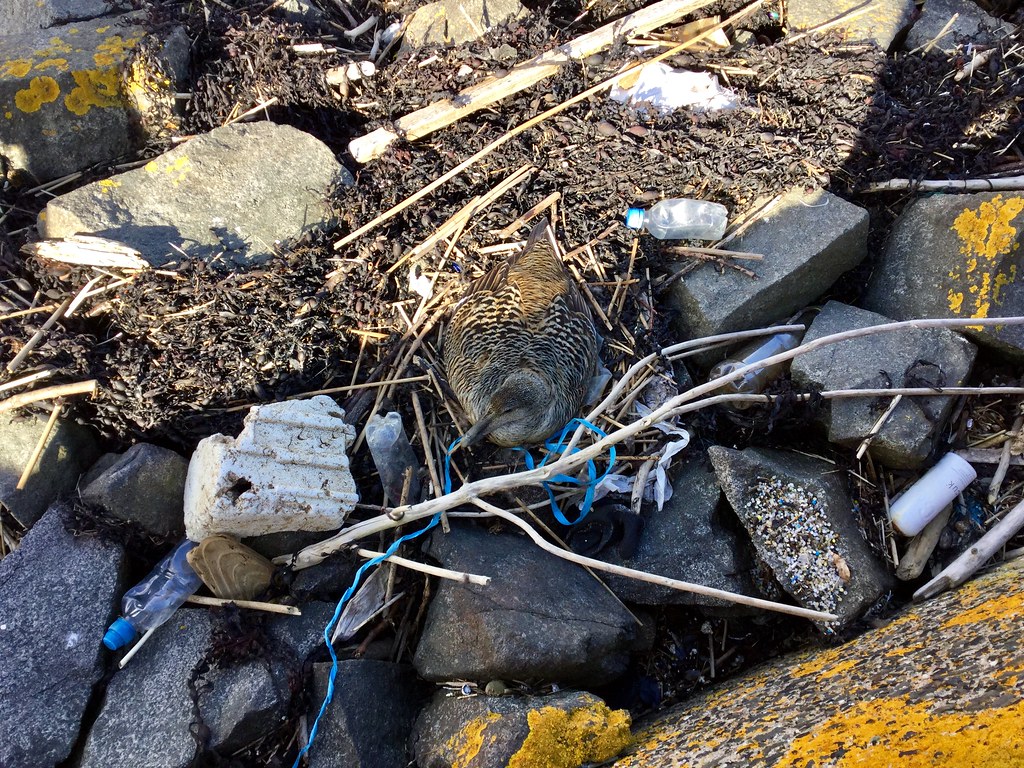 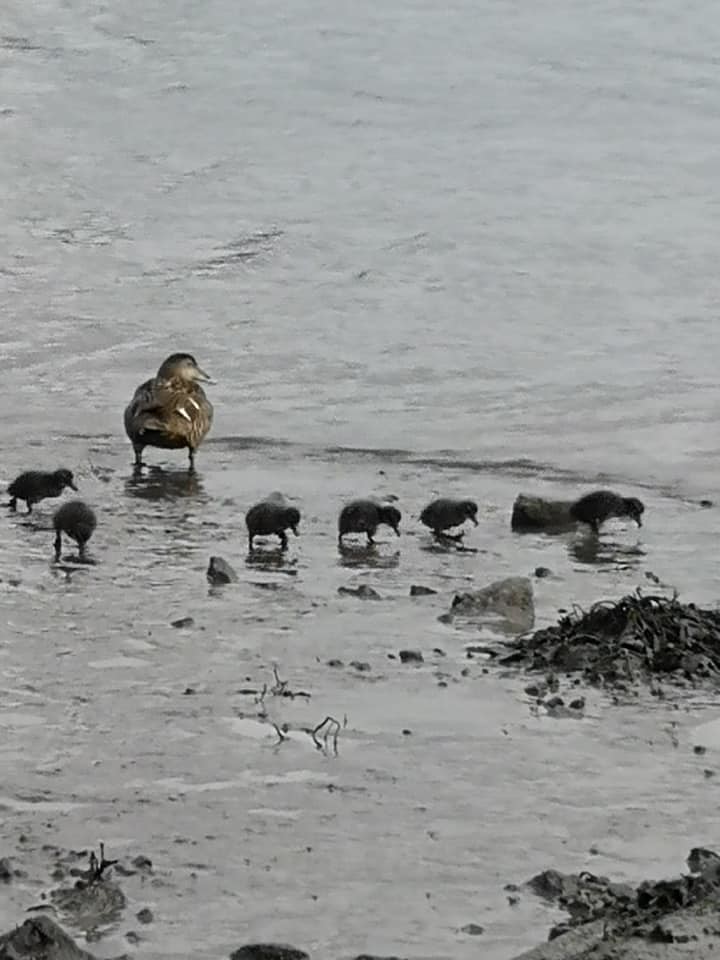 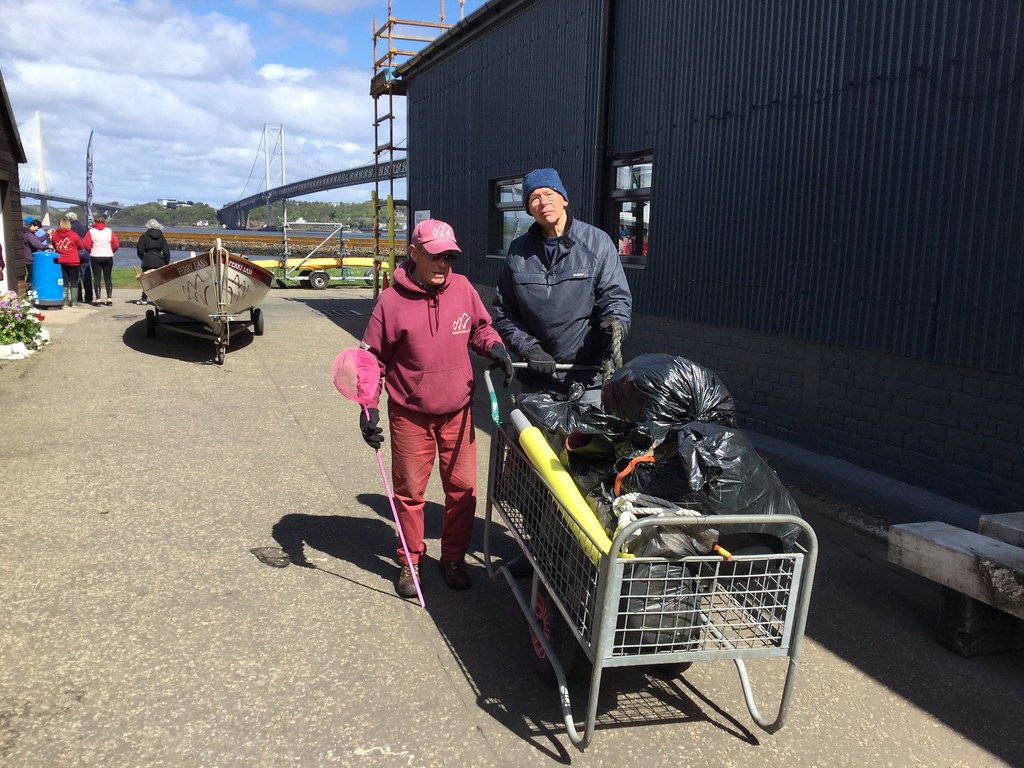 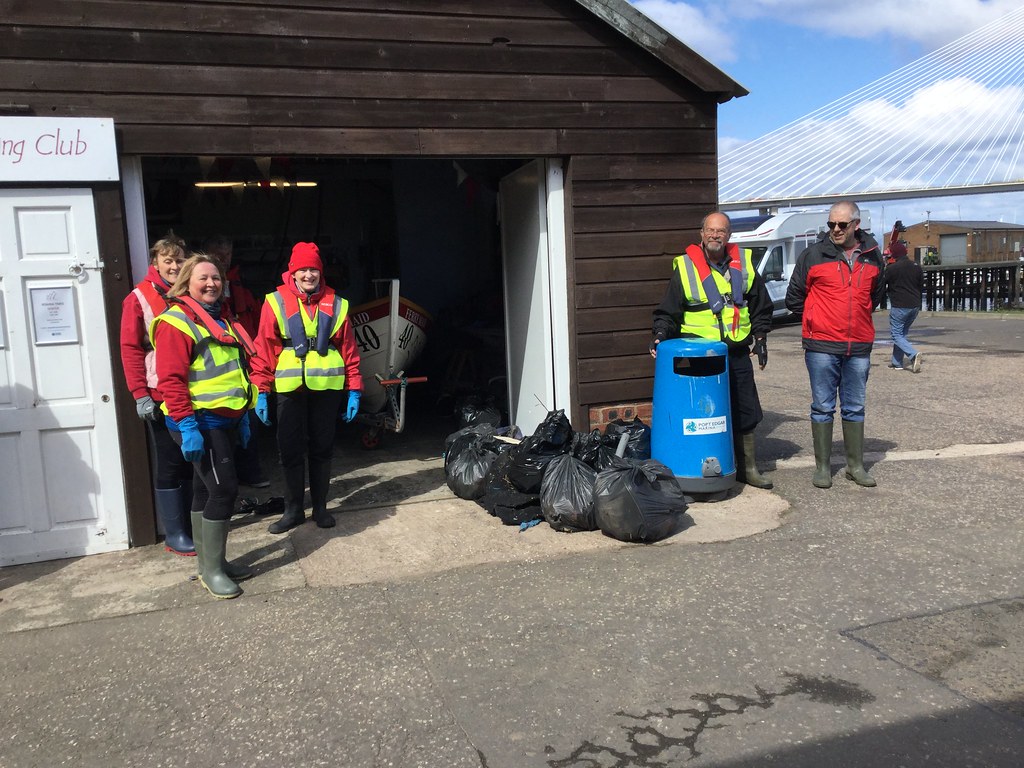 Also in May we as a club took part in the Open Weekend at Port Edgar .This attracts a few thousand people to the marina ,where they take part in watersports and enjoy the music and food festival. Marianne took recycling a step further and organised a Pass It On stall. This is Scotland’s celebration of re-use – swapping, donating, sharing and repairing to help make things last! Members provided quality items ranging from wetsuits to garden plants and visitors and members could help themselves for a donation to the marina’s chosen charity, SAMH the Scottish Association for Mental Health. This raised a good sum of money. 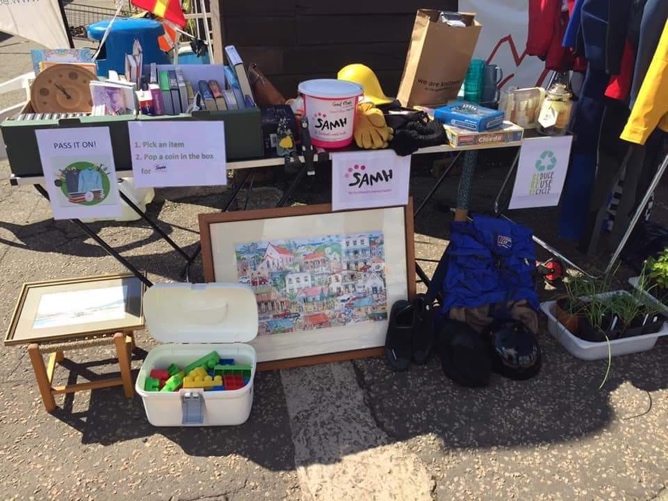 June 1st we held our own regatta. We provided drinking water in containers to avoid the single-use plastic bottles. We asked for people to bring their own cups, and provided plenty of crockery if needed. Marianne held the Pass it On stall again, with donations going to two local charities.

The third Breakwater Blitz was in June, on World Environment Day and four members managed to remove 15 bags of rubbish, a broken oar and a tiller – neither QRC’s!! Shoes and seats and plastic sheeting had also found its way on to the breakwater. 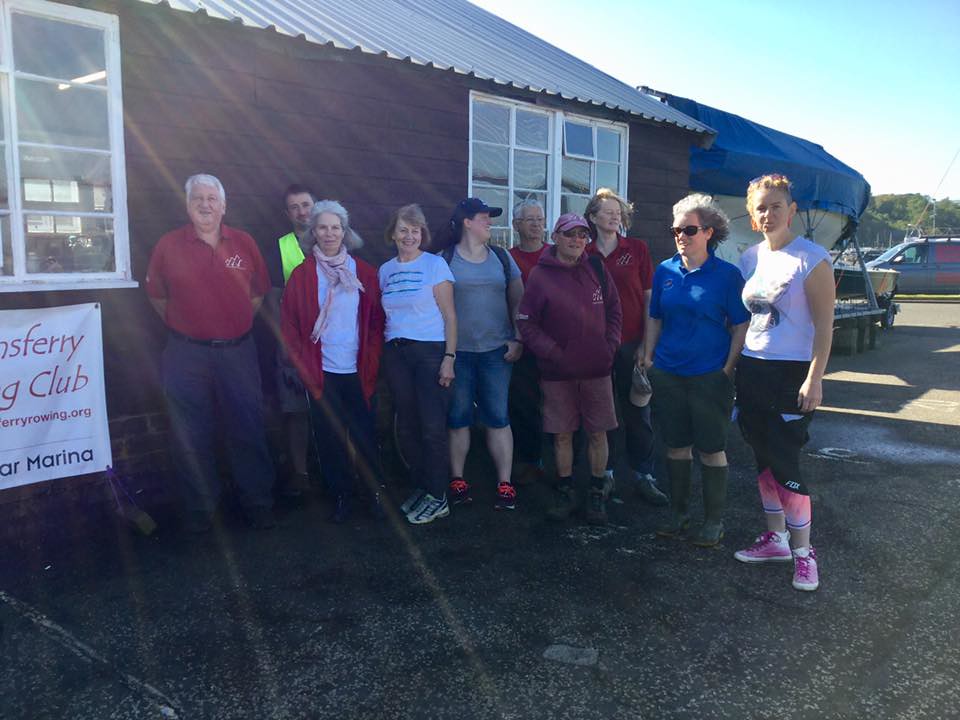 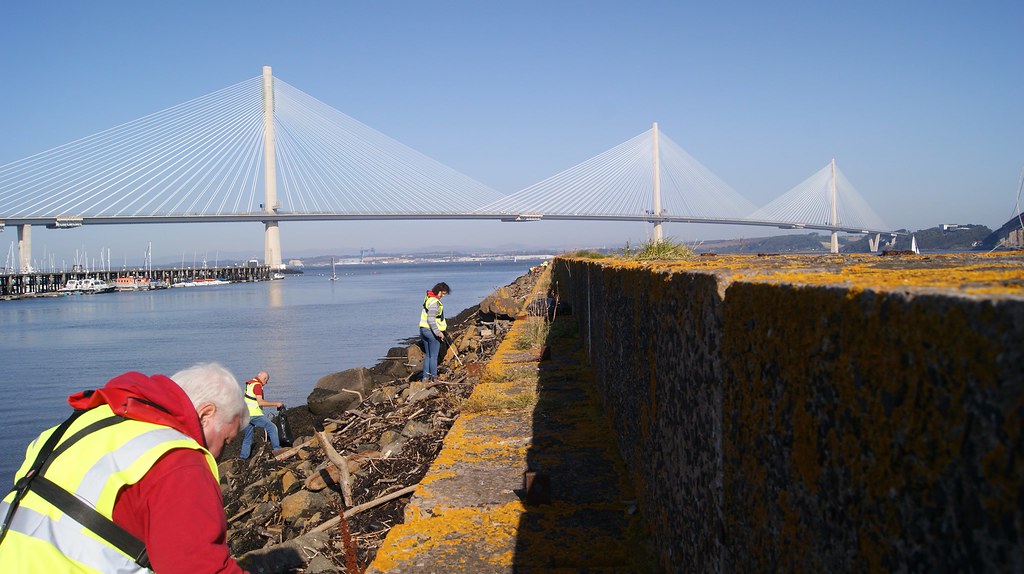 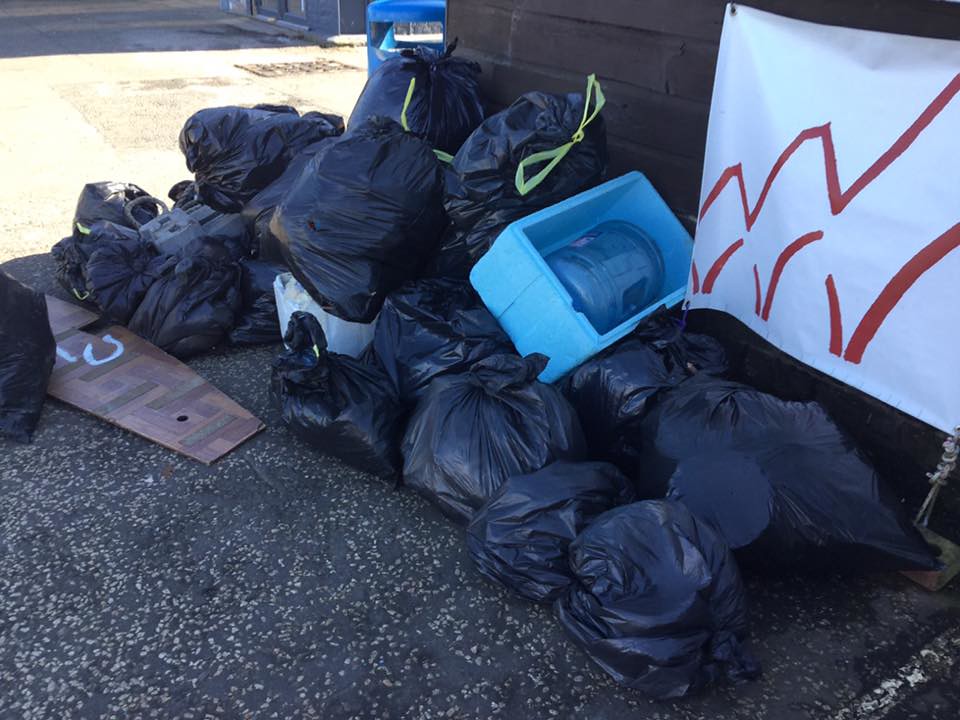 The fourth Breakwater Blitz was on September 21st, after a busy summer of regattas and events. It was International Coastal Clean Up Day and 15 members not involved in the Castle to Crane race blitzed the whole length of the breakwater. We removed 33 bags of waste plus boxes.

Throughout these last few months the Men’s 60+ crew, on their many training sessions, brought back lots of floating debris  – every row out was a surprise. 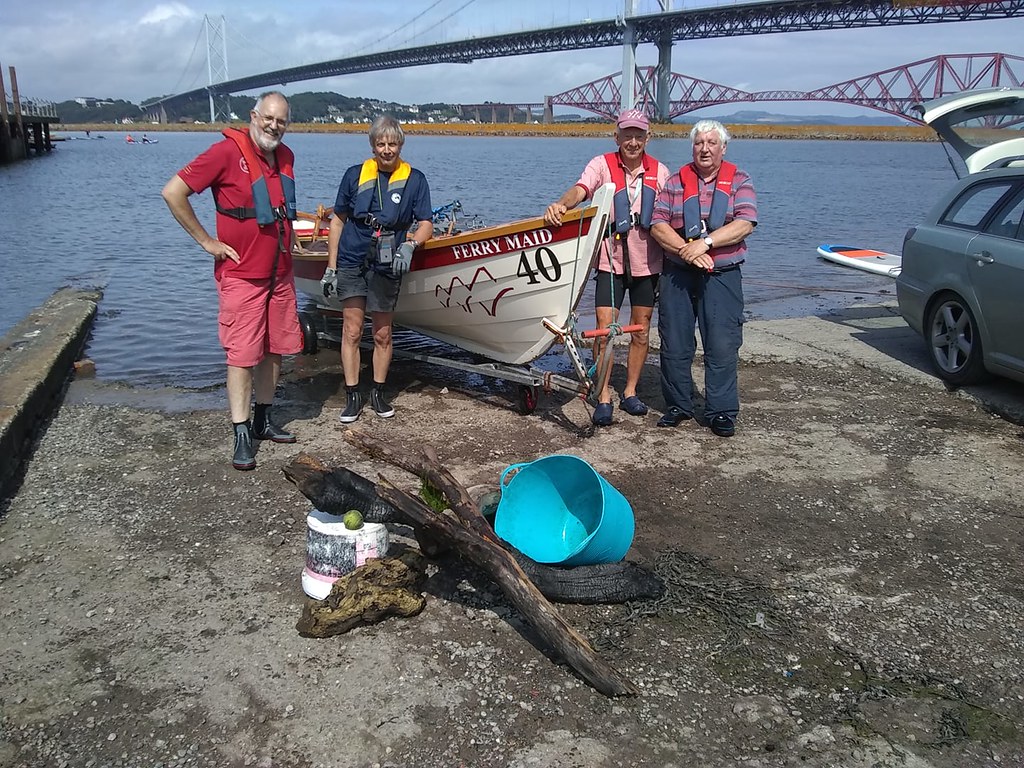 The biggest surprise deserves special mention. On 23rd January, they came across a huge tree trunk in the middle of the shipping channel. They set about securing it with the stern rope with the intent of removing it. However, with a strong incoming tide this was no easy task! Cox Keith took the strain of this, holding the tow rope in one hand to avoid damage to the stern of the skiff and the tiller in the other, while the rowers tried hard to make forward progress. They headed to the closest beach at North Queensferry, where they borrowed a length of rope from local fishermen and hauled it safely ashore. It was then measured at 45ft!! Cheers guys! 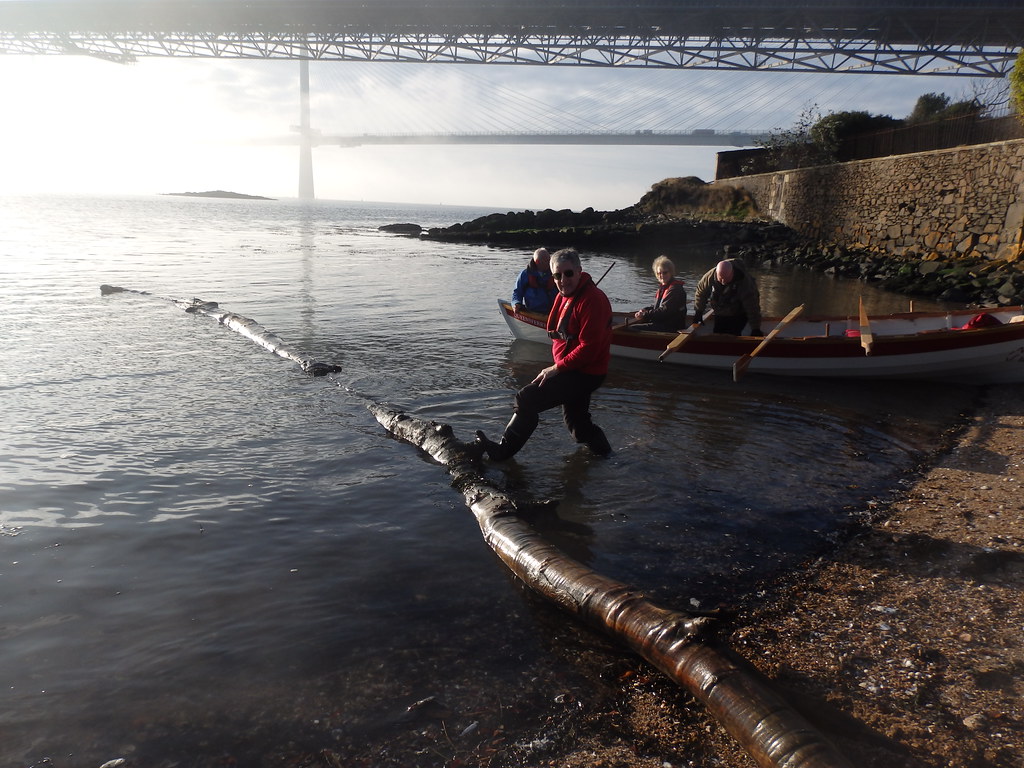 Another mention goes to member Valerie, who was already on her own personal mission of Visiting 100 beaches as part of  100 Days Project Scotland. She was inspired by the club aim for this green flag and as she visited each beach she made a point of removing 10 pieces of plastic/waste. Over 1,000 pieces of marine litter! Her mission took her the length of the country from John o’ Groats to the Mull of Galloway, and she displayed her report and photographs in an exhibition in Edinburgh on 28-29 September. Brilliant! 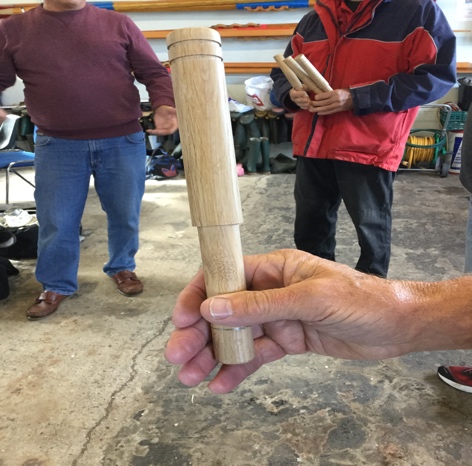 Thanks go to all the volunteers that have contributed to our aim to achieve the SCRA Green Flag. All the good work will continue as we approach 2020, Scotland’s Year of Coasts and Waters. 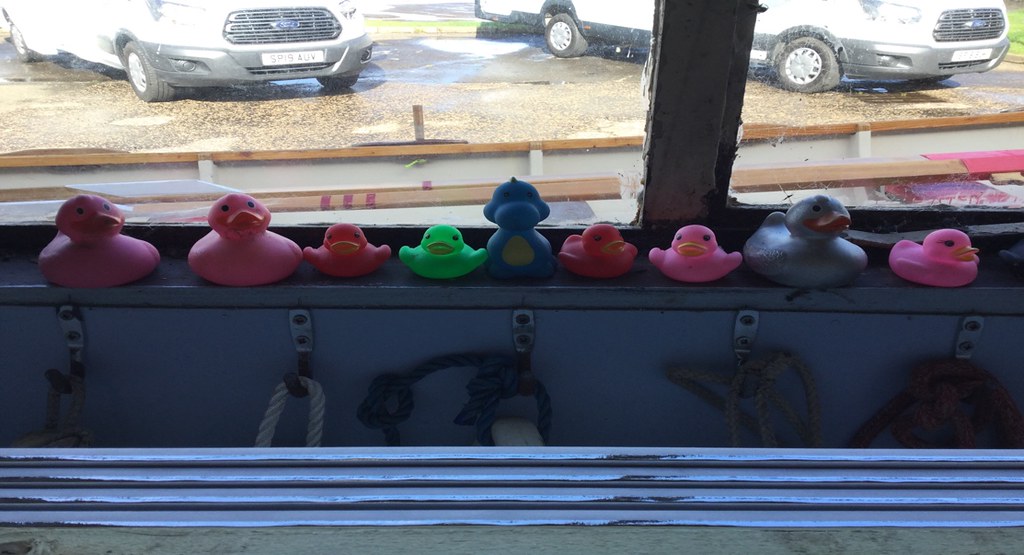 Normally these are Saturday 9am and
Sunday 1pm in the winter, with sessions added on Tuesdays and Thursdays at 6pm in the summer, all weather and tide permitting.

However, at the moment all rowing activities are suspended due to the COVID-19 pandemic. Please check “Return to Rowing” updates for the latest information.

Our Facebook group is the private page for Queensferry Rowing Club members and those invited to the page.