This is rather a belated post – my apologies to Mike McD! But I thought it would be good to keep his posts on the website for posterity. Over to Mike…

As you all know we celebrated 9th birthday of Ferry Lass’s launch on 17th this month.

I was reminded by Peter L some time ago that, on this day (26 April) ten years ago, he and I met for the first time, down at Antico, to chat about the potential for building a St Ayles skiff in Queensferry. Having been told by Sheena Mackay about an article in the weekend Scotsman, I had already raised some awareness locally, and placed an advert in the Journal & Gazette calling a public meeting (see below). Peter had actually seen the Anstruther boat at the Scottish Parliament, when he manhandled it in for the MSPs to see. We both confirmed our absolute enthusiasm for getting the project off the ground. 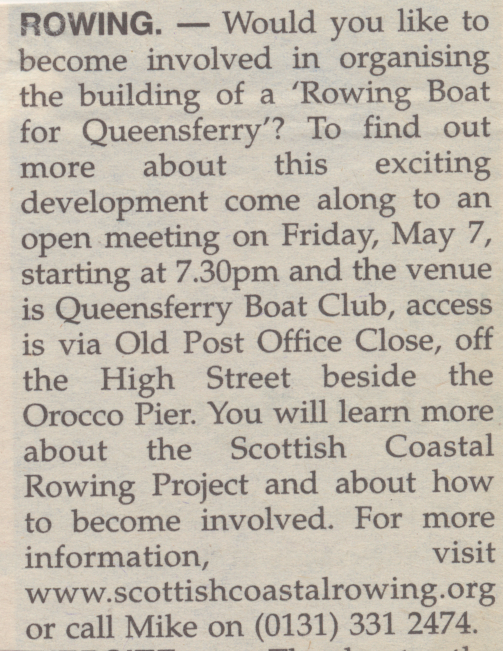 The following week the J&G did a story about the project and our public meeting was held … But all that’s to come. Look out for further bulletins as the exciting story unfolds over the year – in ‘ON THIS DAY … ‘

Peter adds: I am of course aware of the date, as I walked past Orocco Pier this morning. I called Mike before I saw his email post. We had intended to be at the bar this evening to mark the occasion and ask members to come along and buy us a pint!! It has been an exciting journey this past 10 years or more and I feel privileged to have been involved. After my meeting with Mike that is when it all came together with his knowledge and experience and as I have said before, his wonderful group of friends: John Howell, Ranald and Sheena, Stuart Ridge, Stuart and Barbara Mitchell, the late Alan Meldrum (Mel), and also the late John Watson, together with Malcolm Meikle – who led the build of our first skiff, Ferry Lass – and many more, whose names may come out of the woodwork during the posts that Mike is going to put out. Also a mention for a quiet guy, Graham Leith, who was our first Secretary and came to us from the Rotary. 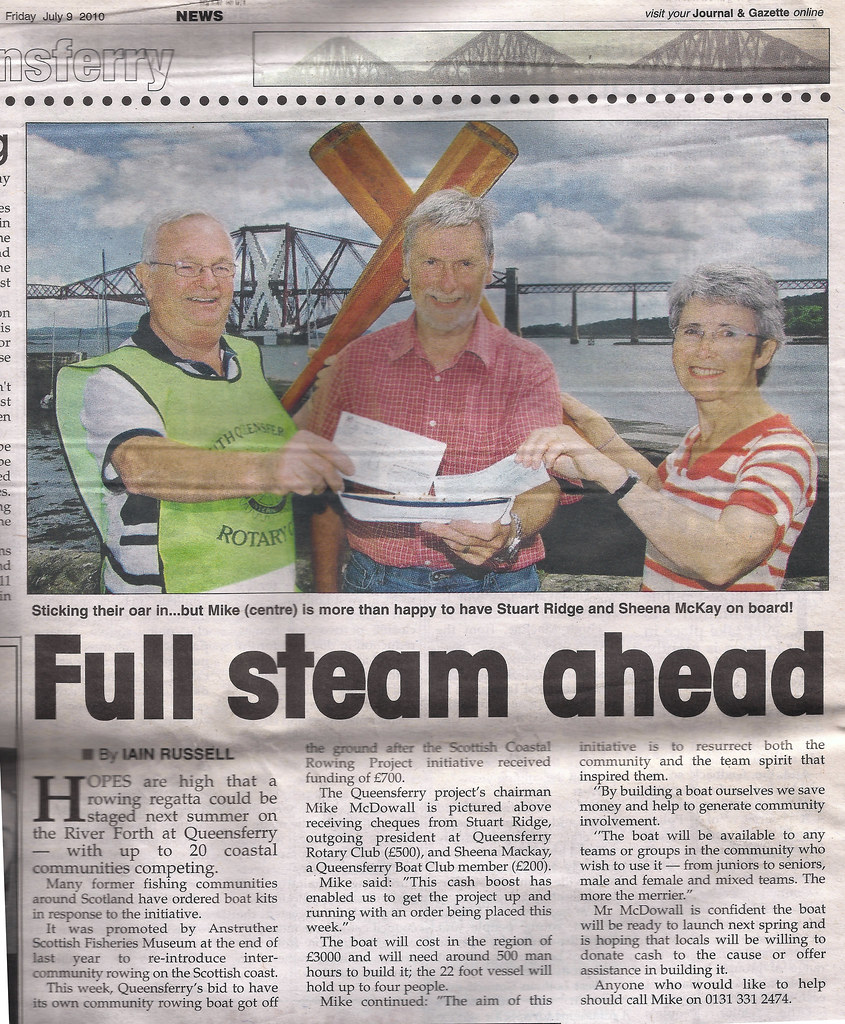